Hello
How can I see group names in FMODProfiler?
I can see the DSP names that I create.
I create groups with names and I would like to see them in FMODProfiler so as not to guess which group is which.

In the profiler, the name of each group bus is displayed on that group bus’ track head.

If your group buses aren’t being displayed in the profiler, you can cause them to be displayed by dragging them from the routing browser onto the profiler window’s editor when it is displaying a session.

I did not quite understand what to drag where?
Mic Stream - DSP that I created and named.
Groups, with volume levels, are also created with names.
Why can’t I see them? Where should you drag it from? 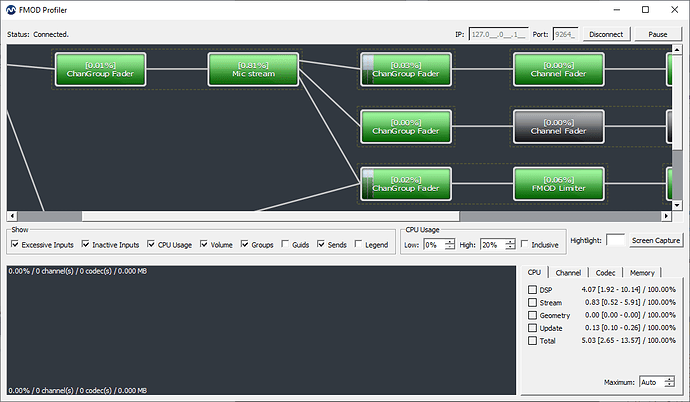 Of course, because it’s natural. If it is possible to set a name, then why can’t it be seen. This will be a big plus

I’ve added this idea to our feature/improvement tracker.