I am however seeing issues with the line trace itself - it’s doing unexpected things and thus causing the occlusion effect in FMOD to turn on and off when it shouldn’t be. Does anybody know how I can make the line traces visible in Unreal, so I can debug them?

When doing other kinds of line traces from Unreal Blueprints (for example “LineTraceByChannel”) there is a “Draw Debug Type” which makes it visible. I basically want the equivalent of this, but for the line traces from the FMOD Audio Components.

Figured out a way to do this now. 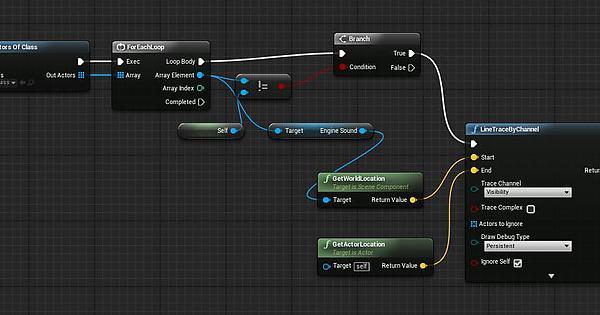 Where in the screenshot it says ‘Engine Sound’ you basically need to substitute that for whichever FMOD audio component you are trying to test occlusion from.