I noticed that this file always “gets changed” if I start UE. At least Plastic SCM says that…
I don’t remember that file from earlier versions. It’s UE5 and FMOD 2.02.09

Edit.: It seems like every user in the project recreates this file. So, do we need it in the synced project?

We have previously had reports of this when locales have not been imported for a project. Can you please confirm if you have locales in your FMOD Studio project that they are setup correctly in your Project Settings? i.e 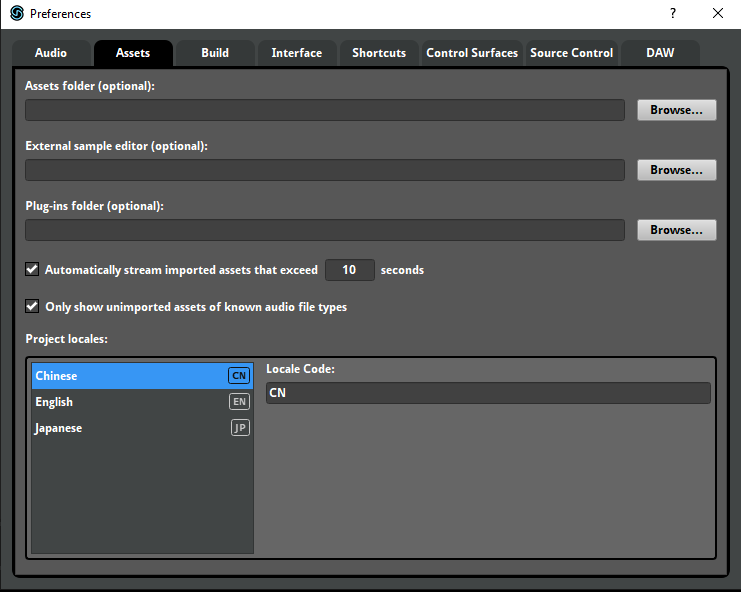 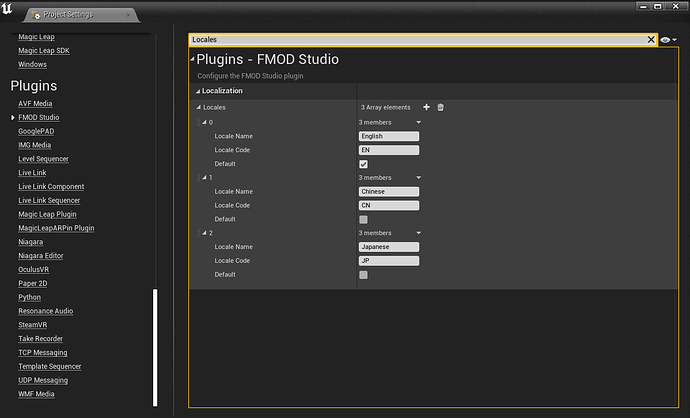 Yes, we just noticed, that our local naming was wrong.
We had confused about “Deutsch” and “German” (Deutsch means German in German…)

Thanks for giving that a look- I think that ought to explain it. Are you still getting this issue with the correct locale settings checked in now?

Yes, the issue is still there. The FMOD validation finds no problem…
However, we had another issue which is solved with the locales correction.
We have german and English voiceover banks, with split metadata. It loaded English meta data, with german assets - that is now solved.
The problem with the re-writing of the BankLoopup.uasset still exists.

Thank you for the additional information, I have reproduced this issue now by using banks with split metadata. This appears to be a bug- I have passed this onto the Dev team to fix in a future release.
You can leave BankLookup.uasset unsynced in your repo in the meantime- as your project grows it may take longer to generate, which is why we recommend syncing it. But since it is being regenerated constantly it would probably be better to leave it unsynced for now.