Hi, I encountered a problem when making a event of skill sfx.
This sfx is split into 4 key parts to match the key frame of the skill’s visual effects,which couldn’t be pitch-shifted.
I need to control this sfx to play at 3 different speeds in FMOD Studio, just accelerate the interval of this 4 parts, without coding in Unity. I want to control this just by one parameter (which could be eazy achieved in Wwise, cause the playback speed of music session in Wwise can be controlled by parameter).

Just now I have tested that neither of playback speed、parameter’s velocity or seek speed can be controlled by another parameter.So I found a clumsy way to solve this problem : the speed is controlled by the parameter named “speed”. 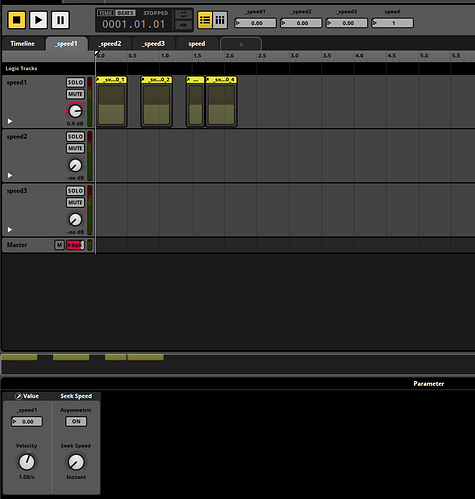 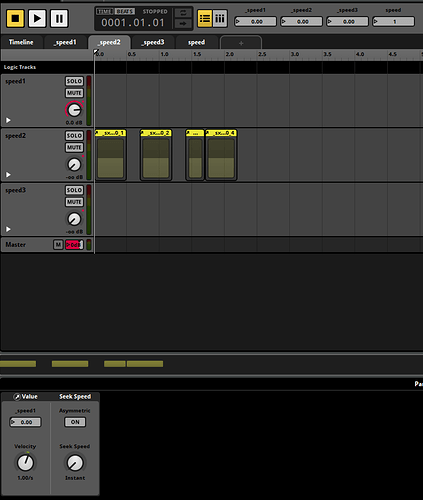 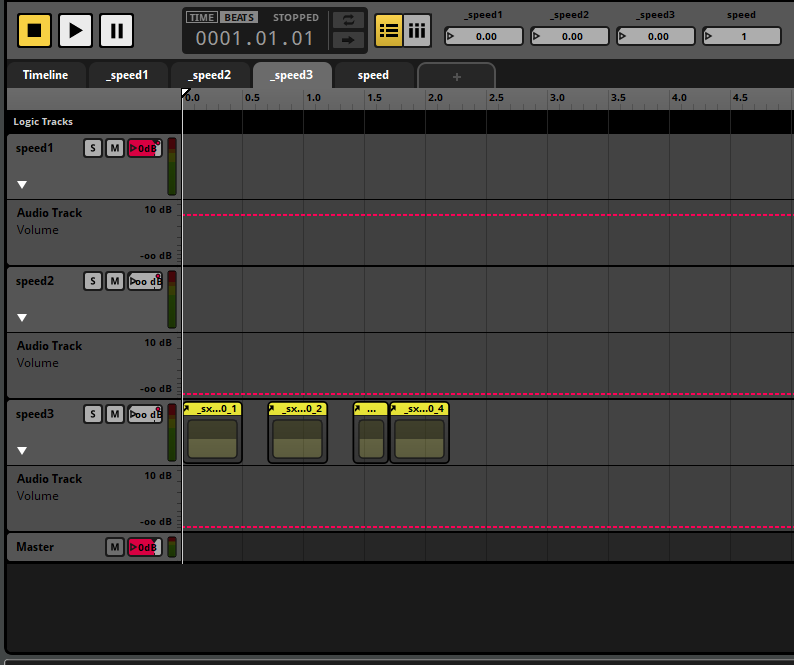 However this solution still has a problem : when change the parameter "speed’ in the case of playing , some already played part of this sfx will triggerred again…

So I wonder if it a best way that enable any of playback speed、parameter’s velocity or seek speed to be controlled by parameter ? Or maybe there’s any other way to achieve this requirement?
Anybody an advice?

I’m afraid I’m not sure whether you want to automate how quickly instruments are triggered but not how quickly they play once triggered or automate the speed at which assets play when triggered. Both are possible, but each requires a very different approach.

If you want to automate the speed at which assets play when triggered without changing their pitch. you should automate the assets pitch, but counteract the pitch adjustment by also automating the pitch of an FMOD Pitch Shifter effect on the same parameter.

On the other hand, if you want to automate how soon instruments are triggered without affecting how quickly they play once triggered, you could do so by modulating or automating the parameter that triggers them.

Thanks for your suggestion!
I think maybe the 2nd way is what I want.
But I’m not sure the detail of it yet.
Could you please give me some guidance about modulating or automating the parameter that triggers them?

What I want to know is how to control the triggering-interval between multiple events by parameter.

For example :There are multiple steps in every skill(eg. spell, shoot and hit) in my game, and there are 3 speed modes, which are designed to control the interval between each step in one skill.
I’m not sure whether you understand it …

but I think the 2nd way you adviced could work.

There are a number of ways in which you could do this.

An action sheet in consecutive mode plays each of the instruments in its playlist in order. Automating the length of a silence instrument allows you to set the length of the silence to any value you want between zero and 60000 milliseconds.