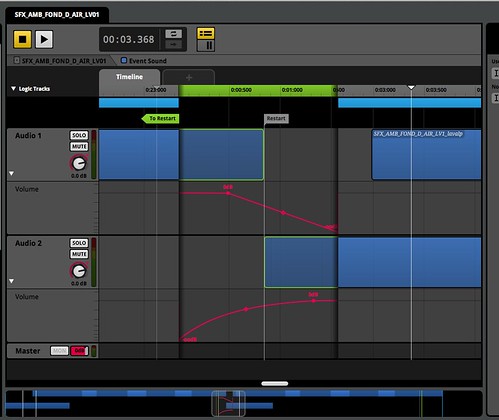 At last, here is what I would like to do, a living loop with nice transitions : 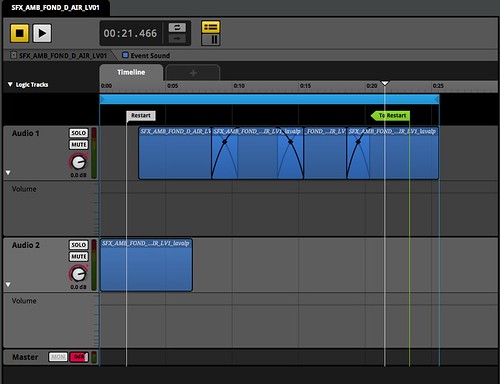 Also, I tried to put a sound like this : 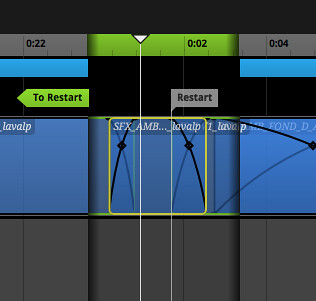 But this sound in the middle won’t play.

Also, I tried to put a sound like this :

But this sound in the middle won’t play.

This is a known issue, is it happens. We’re investigating it currently.

This issue has been fixed, and the fix will be included in our next release of FMOD Studio.

Unfortunately, it’s not possible to directly crossfade the source and destination regions of a transition timeline at this time. We will add this feature in an upcoming version, but for now there is no workaround other than “faking it” by placing additional sound modules inside the transition timeline.

We are investigating possible causes of the popping and clipping you describe.