Hi, I’m working with transition regions on music tracks. I want to make a transition between two loops, but on the transition, I want to fade out the first loop, and fade in the second loop simultaneously. But I get this: 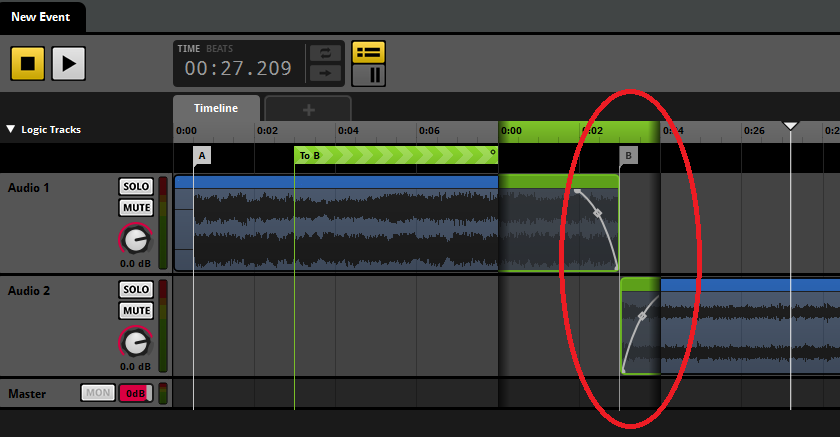 I don’t know why I’m limited dragging the tracks on the transition, to make the crossfade simultaneously, not waiting the first to end, and later fading in the second track.

Which is the correct way to do that?

As described here, there is no way to crossfade the source and destination regions of a transition timeline. We’re working on a fix currently, and it will be included in an upcoming major release of FMOD Studio. In the mean time, that link also describes a couple of partial workarounds you can use.

Thanks for your answer! The other post is so explanatory. Hope you can add this feature soon.