I’m implementing for a mobile game on FMOD and they are having an issue that I’m not sure I can fix on FMOD or if they have to figure it out on Unity.

Is there a way I can choose that depending on which characters are on the deck and when they select all, that the selected VOs play on a sequence, instead of all at once?

Thank you very much,
Best,

You want to “queue up” an arbitrary series of events so that they play in a sequence instead of immediately upon being cued? Unfortunately, there’s no easy way to do that in FMOD Studio. You’ll have to keep track of the queue of events to be played in your game’s code, and start each one once the previous one in the sequence is done playing.

Hi!
I wanted to bump this thread because this feels like a relatively common use case, especially in dialogue. I don’t know if this has been addressed in later updates, but I want to add my vote that this would be really great to have. Probably more of an API-level functionality, though.

Kind of like how Action sheets simplified common tasks, it would be great to be able to say “play this, then this, then this” without having to do all of the bookkeeping. Building a tracker feels like having to reinvent the wheel every time.

I wanted to bump this thread because this feels like a relatively common use case, especially in dialogue… Probably more of an API-level functionality, though.

I’ve added this suggestion to our feature/improvement tracker. Thanks for getting in contact with us.

Thank you for your response earlier. I was wondering if there was any update regarding the feature.

Again, being able to say “play this programmer instrument, then this one” feels like a extremely useful, natural thing to ask from a sound system, especially with dialog etc. (I know it can be done manually, but a built-in system would save so much time and testing)

I was wondering if there was any update regarding the feature.

There is not. This feature is in our feature/improvement tracker, but has not yet been scheduled for development.

When this feature is released, it will be listed in FMOD Studio’s detailed revision history.

Would love to see this as well, would be super handy for VO!

Hey all, found this during my search for something similar. While I don’t think the solution solves OP’s issue, there is a way to execute a sequence of Instruments from within a single Event using Sustain points and cue triggers (Key Off events). This will let you advance through the audio tracks in a given Event’s timeline sequentially, as long as each subsequent audio track is set later in the Timeline with a sustain point at its start. See this example from this tutorial: 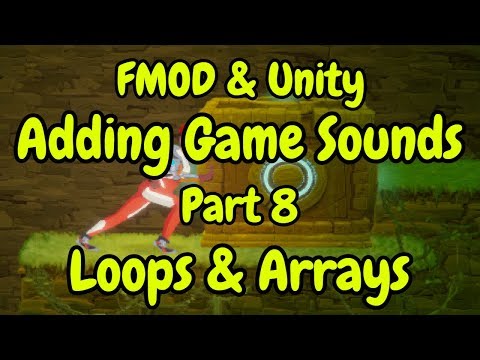