Hi, I’m making a that involves playing in game instruments. 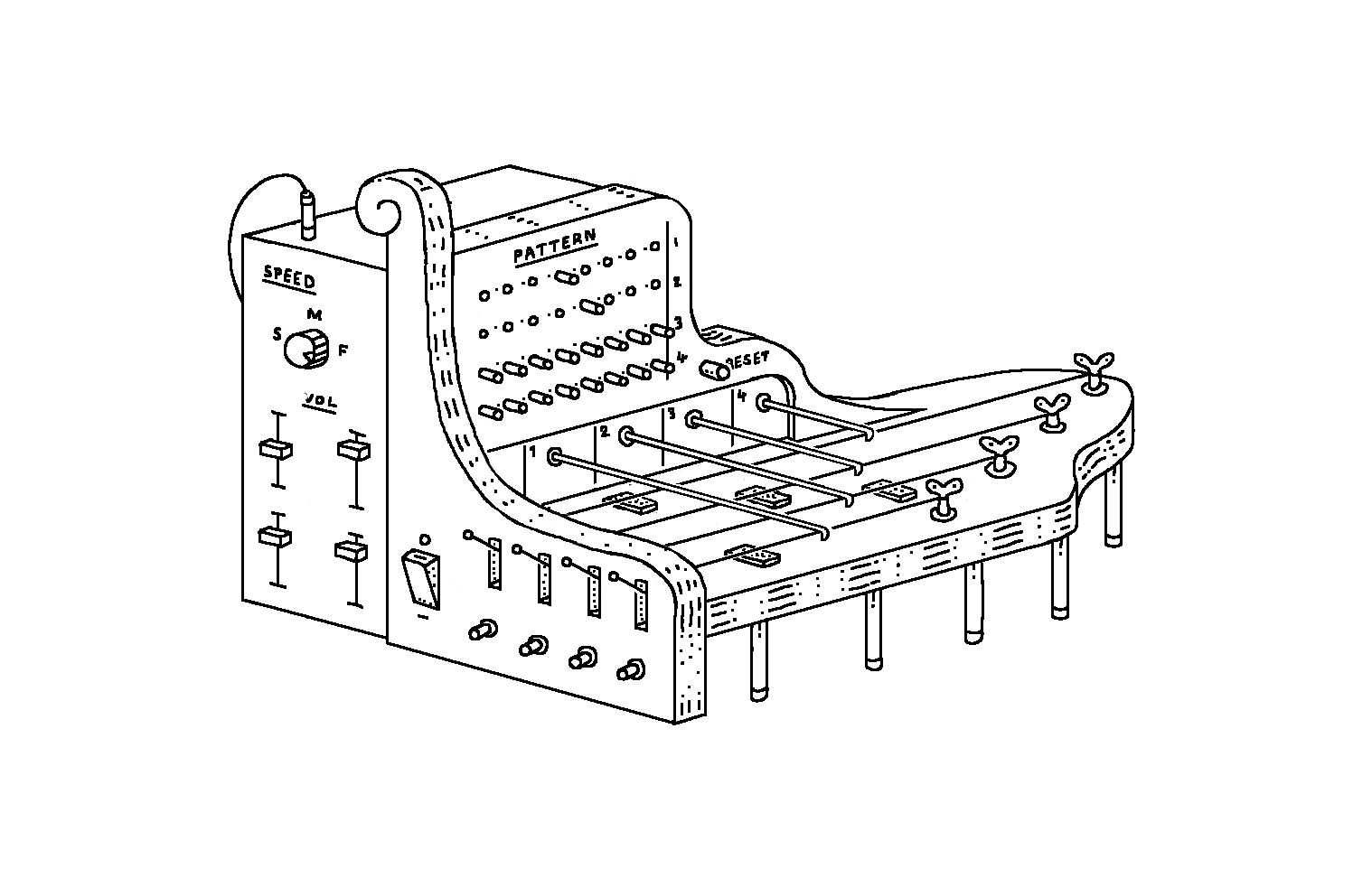 Could I get some advice on what the best way to set up time lines and events?
I basically want to be able to set sequences from code for a lot of different instruments.

This is what I’m thinking 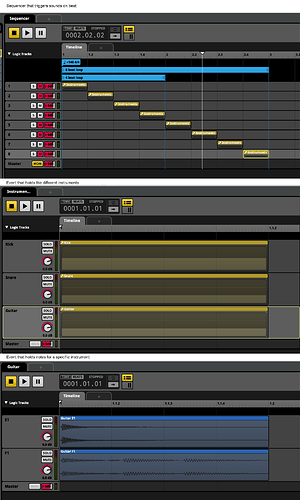 Does that make sense?

That setup will result in the “sequencer that triggers sounds on beat” event playing a loop of four notes, unless the “four beat loop” loop region is disabled by a trigger condition, in which case the event will play a loop of eight notes. You could further disable specific instruments by giving them trigger conditions as well, but would not able able to alter which beats of the bar they play on.

Does that match the behavior you want?

Thanks yes almost. My idea was that I could alter beats that play by selectively muting tracks 1 - 8 on the main timeline.

Can you think of another better way of setting this sort of thing up?

As I said, the simplest and most efficient method would be to give each instrument on the main timeline a trigger condition associated with a parameter. This ensures the instrument will only be triggered when the playback position reaches it if the parameter is within a certain value range. Adding quantization trigger behavior to the instruments would prevent them from triggering at any time other than on the beat.

Muting tracks is an auditioning tool only, and cannot be automated in your game at run time. You could potentially automate your tracks’ volumes, but doing so would not be as efficient or effective as giving your instruments parameter trigger conditions.

Okay, thanks for your help, I’m going to try that.

Hey @nekropants, is the game you’re working on called ‘Haunted Garage’? I played the demo some months back and it was crazy cool! ^^

Haunted Garage by Games For Ghosts

Thanks Paalo! Yeah it is

I was hoping to use fmod because the built in audio effects seem awesome but I think it will be too much of a hack to try do complex sequencing.

So how did it go in the end? What did you guys end up using?