I have several explosion source WAVs. I want to randomize between them. Unfortunately, the source files all have different levels. I would like to normalize them, so that the peak of each source file is at 0db.

Is there a feature in FMOD Studio to do that? Some kind of “Normalize” checkbox on the asset?

There currently isn’t a feature in FMOD Studio to normalize assets. It’s recommended to use an external DAW to normalize audio files.

Personally I wouldn’t recommend a DAW but an audio editor like Audacity or (much better) Acoustica from Acon Digital. There are a lot of good editors out there but anything is better than a DAW because you can work much faster with individual audio files.

I don’t know about Audacity, it’s ok for simple work, but it doesn’t perform so good when resampling, so keep in mind that every step you take destroys a little bit of your assets’ fidelity.

Here’s some comparisons of noise introduced in SRCs with Audacity and Reaper (which also features a great batch processor): 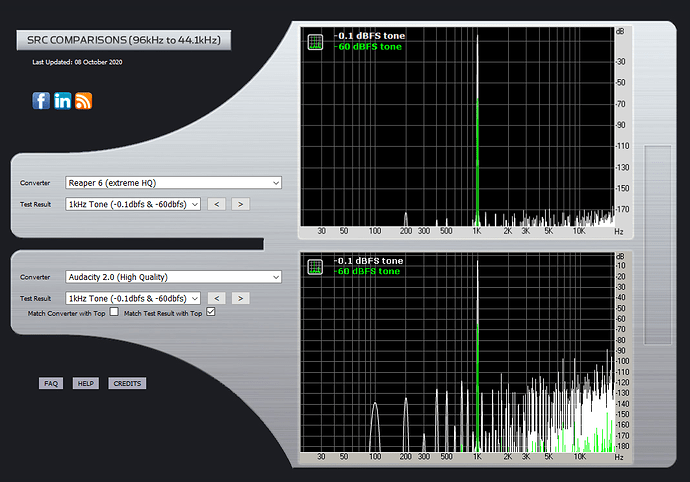 Here is a clearer image of the noise and alias frequencies that are generated by each program: 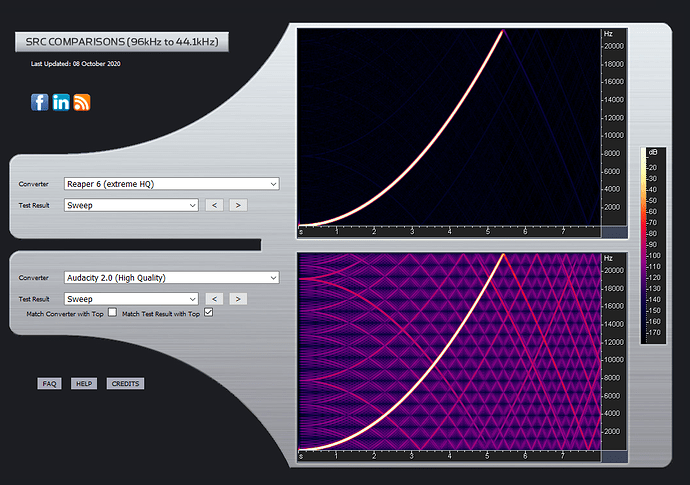 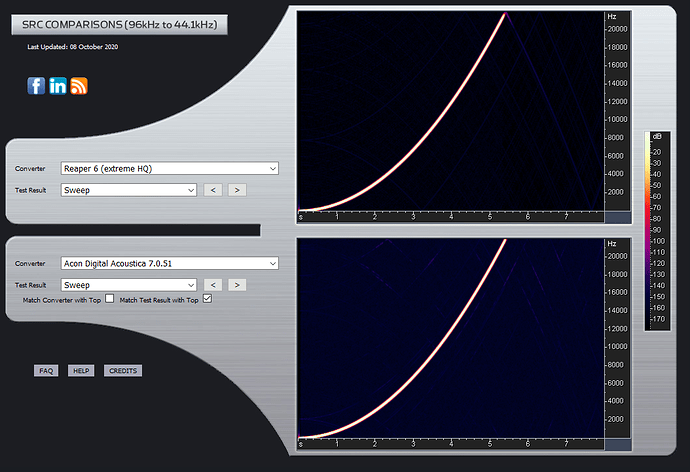 And the same programs in the noise spectral view: 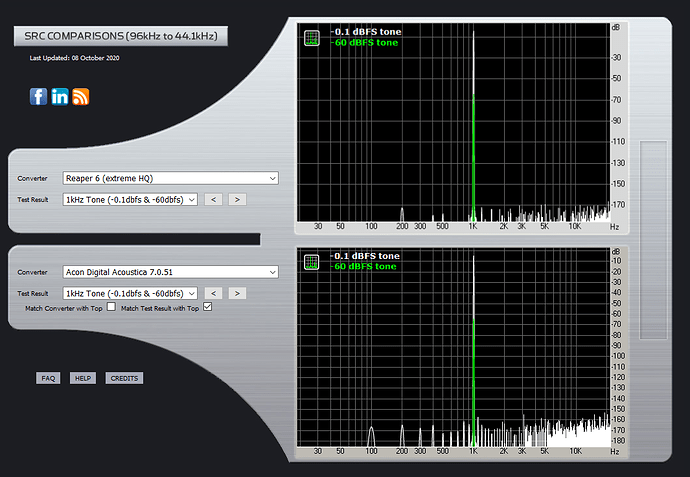 The latest Adobe Audition also features awesome performance on conversions of such kind: 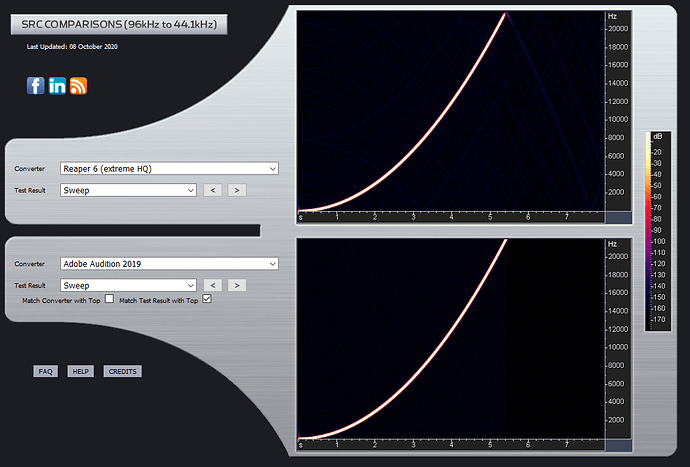 Of course you might not do any SRC during your workflow, but sometimes you can normalize and export at the same time, so usually game developers do that kind of mistake. And by the looks of it, it seems that Audacity, which is great as a free alternative, might have low quality mathematics/processing in other modules too. So it might be better to find an alternative if possible.

By the way, @Feuertopf1 do you want your files to be normalized by their peak values or perceived loudness?

I don’t use Audacity, just mentioned it cause it’s free. The workflow is also not so great.

I agree. I use Reaper for everything, as it can be used easily as a sample editor without the DAW part getting in the way, and it’s free to try and very cheap if you are eligible for the discounted license: REAPER | Purchase. Also, it’s the go-to for game audio from day one.

But for simple standalone tasks, what about SoX? They feature awesome quality conversion and it’s command line with many tutorials online, so you could make your life easier with a batch file normalization.

Have in mind that SoX doesn’t handle metadata well, but in most cases you don’t need them anyway.

Ocenaudio is pretty cool and free for fast audio treatment (but I don’t know about quality of processing).

However, normalizing sounds isn’t a good idea: maybe some files will have a peak, not audible but still there, that will block the normalization at a level that may not sound the same than another file. A manual levelling (and maybe limiting) is required.