As AmbiX are not natively supported yet, I’ve always wondered what the best way is to rotate stereo atmos in relation to player orientation.

I stumbled on a way to do this and wondered if anyone had further thoughts on if this method is a good or bad idea.

By adding the spatialiser to the Event Master, removing attenuation and automating 2D Pan Mix Axis with built-in Event Orientation param, the soundscape rotates with the listener, and the Mix knob offers a blend between 0% (less spread/with) and 100% (full spread/width of a normal non-spatialised 2D sound).

I think 0% is more naturalistic, as there would be crosstalk/HRTF stuff in real life too, but I’m curious to know if anyone has more experience doing this than i do.

Here’s the automation in FMOD: 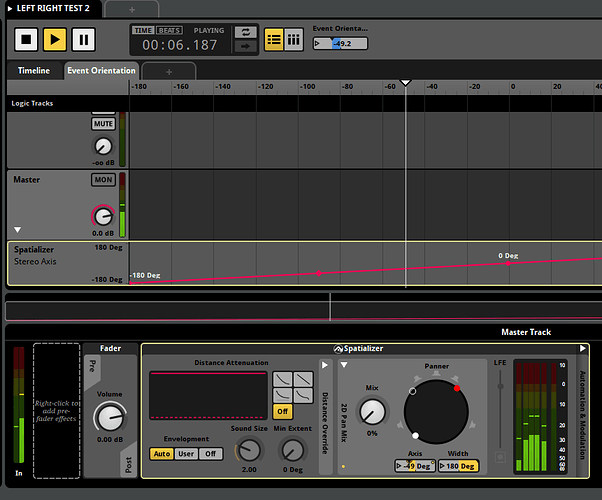 and the end result, first with test file then game atmos (Mix was set to 100% here, so bit extreme): 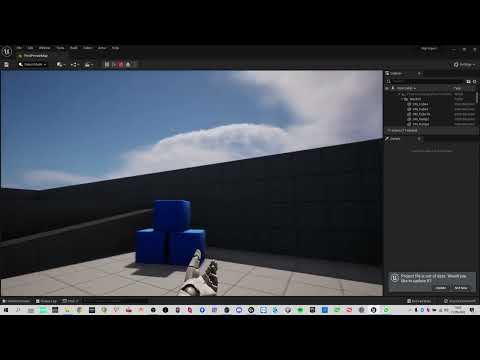 That seems to be an effective way, I found I can do the same thing with less setup using Panner effects on my tracks, up-mixing them to 7.1 and using a default spatializer on the Master track to handle orientation. For example:

Your approach opens up more possibilities for things like emulated hrtf and other more nuanced effects.

Jeff, could you go into how you’d emulate HRTF? This is something I wasn’t aware you could do with the Spatializer. Are you talking about using a 3rd-party plugin to downmix multichannel to binaural?

Nothing as sophisticated that- I just mean you could boost frequencies based on head orientation to emulate hrtf. A drop in high end frequencies when the event is behind the listener and a boost in the upper mids when facing the event for example.
There are plugins that can perform realistic HRTFs however, Resonance Audio is an example of this.