I have no idea why I suddenly am unable to modify the logic regions. When I delete them I cannot right click and create new ones, I can only move them by hovering the mouse somewhere above the actual region, cannot change its length. I created a new project, same thing. I uninstalled FMOD, downloaded it, installed it. Same thing. Are there files I should remove as part of uninstalling?

Here’s a video link. looks like I’m not doing anything, but I’m trying to click and grab the edges / move the regions. Later you can see I’m moving it by hovering the mouse somewhere above the actual region. 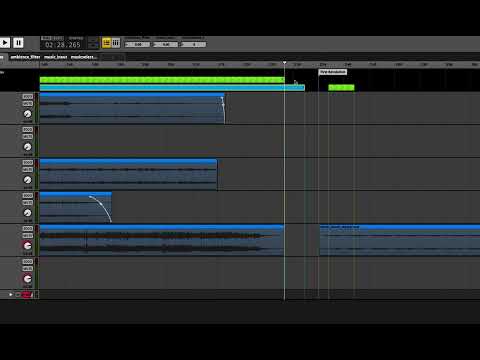 Does anybody know how to fix this? Thank you!
Peter

I haven’t been able to reproduce this issue yet, but the fact that you can move regions by clicking and dragging the empty space above them suggests that either they’re being drawn in the wrong positions, or FMOD Studio is not correctly registering the position of clicks in that part of the UI. To clarify a few things:

Do you have multiple monitors?

Are other parts of FMOD Studio’s interface affected, or just logic markers on the logic tracks?