The behaviour does seem odd, however, it is actually the intended behaviour, but the reasoning does require a little explanation.

That’s odd indeed! What’s the benefit of this behavior, instead of simply summing all automations/fades?
Here’s a video, for the ones wondering what we’re talking about: 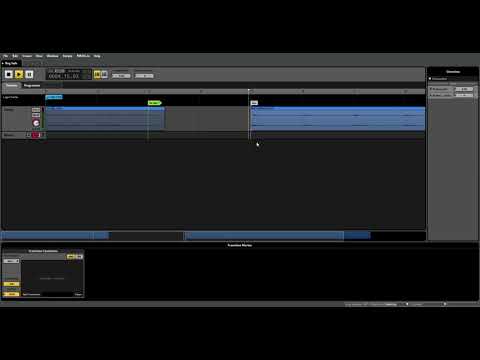 Digging into this further - I think you are right, and we should change this for instrument fade curves. We actually already have a task in our backlog to improve this which I had forgotten about.

This is a bit of a tangent, but automation curves are a bit different - you can edit them for the transition timeline, and if unedited, you have two values to draw from (source and destination), which could be overlapping, so a simple lerp makes the most sense.

Fade curves currently share an implementation with automation, so we would need to separate them to have fade curves work better with transition timelines.