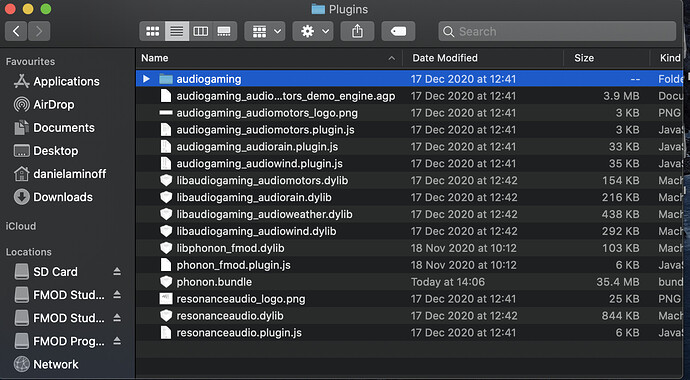 I am trying to integrate Steam Audio within FMOD Unity which is running on 2.01.07. As shown in the attached image, I have placed the 3 phonon files into the FMOD plugins folder however when I then try to run FMOD it comes up with crash reporter. I know other people have had similar issues and have said that it works on earlier 1.10 versions but these are no longer supported.

The plugin is developed by Valve. We here at Firelight Technologies do not have access to its code, and so cannot update it. If you want a version that is compatible with more recent versions of FMOD, you will need to contact the plugin’s developers and ask them for an update.

is this still the case…?

No. The release notes for Steam Audio version 4.1.0 indicate that it includes support for features introduced in FMOD Studio version 2.02.