Sometimes I see this icon when I select an event on the Overview panel on the Profiler. What does it mean and what does the number next to it mean too? 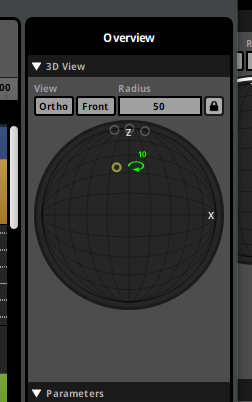 Thanks guys! Maybe that needs to be in the manual.

By the way, what bother’s me a bit is the discrepancies between the display in the event editor overview, the sandbox, and the profiler overview. For instance, the event orientation we’re talking about, in the event editor, is displayed by an arrow for the component perpendicular to the displayed plane, and by the same green widget for the other plane, though in the profiler the orientation is only displayed with the green widget, regardless of the plan… Is there a reason for that?

Is there a reason for that?

It’s not exactly intentional. Those views were designed by different people - and some miscommunications led to certain elements being used slightly differently.

Our tracker includes several tasks related to these inconsistencies, so these widgets will be brought into line with each other in the future.