Intensity Automation Track of Snapshot is not visible 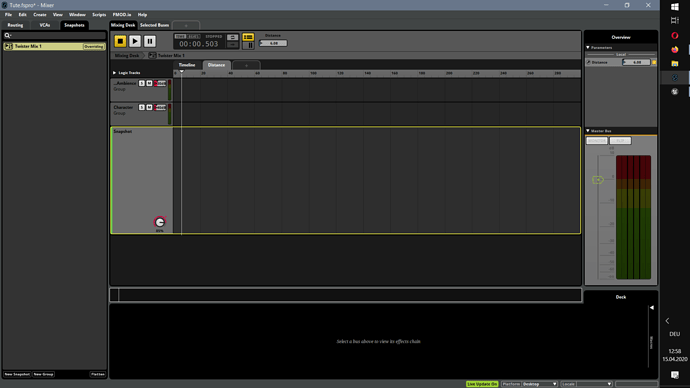 Depending on your settings you may not get an automation track appearing in the track view straight away. Right click on the property you have automated and select “Show Automation in Editor” for it to display the automation track.

Hey, I am having the same issue here. I have have set up some snapshots that do contain the automation curve and I can see them fine but I have another example (See below) that does not have the Show Automation in Editor option. I can still create a curve as shown in the bottom of the screengrab but I don’t seem to be able to see it on the timeline. I can’t seem to find any reason why some snapshots allow the curve to be viewed and others not. I am using FMOD 2.01.04. 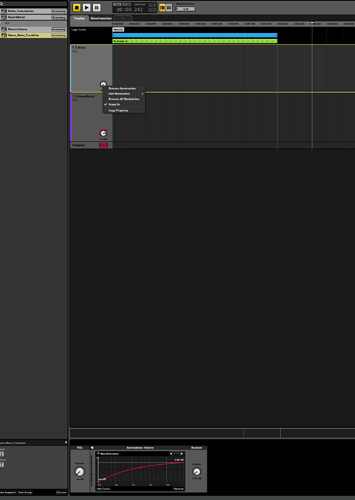 It appears that automating VCAs along a snapshot timeline does not display the automation track. We will need to investigate further whether this is a bug or by design.

Thanks for the response, I think this may be a bug since I had another project using 1.09.10 and I could see all the VCA automation as normal, unless you have deliberately removed this functionality in the more recent version.

Actually its working fine in 1.10.20 - I can see the automation lanes for the VCA snapshots as normal

Thank you for the additional information, I’ve included the affected versions in the bug report.