Hi guys, I’ve got a problem with panning on listener and I don’t know / I am unexperienced, how to solve this.

We’ve got a 3rd person RPG and listener is on camera (that’s what programmer told me, “it’s simply on the camera”). Now my problem is that there is really small area that is “center” so sounds are very quickly fully panned and player doesn’t have the feeling that the character is in the center.

I’m attaching a set of pictures. The sound source (in this case event with sound size 2 and min. extent 0 degrees) is directly at the top and center of the barrel. On first picture is where the event can be heard directly at center, second when it’s fully panned to right and third when it starts to be played from a surround right. 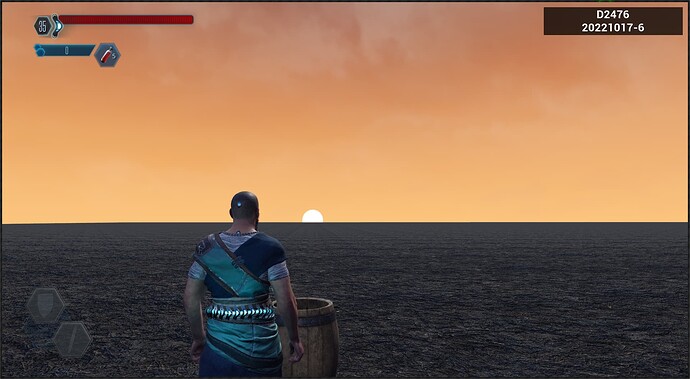 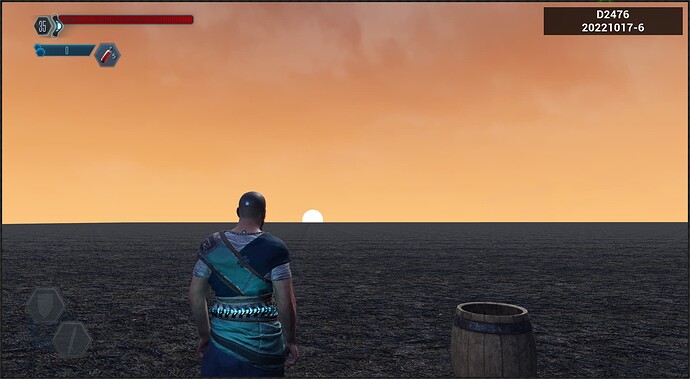 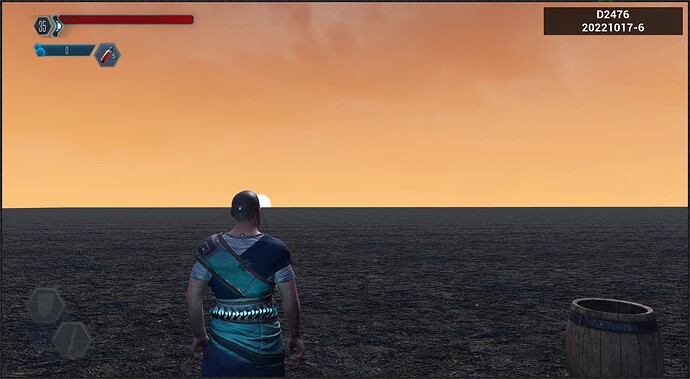 My question is: can I make the center wider and force the events to be fully panned when sounds are close to the edge of screen and also play from rear speakers only what is not seen? Like on this pic. Any advice or examples how to do it are very appreciated. 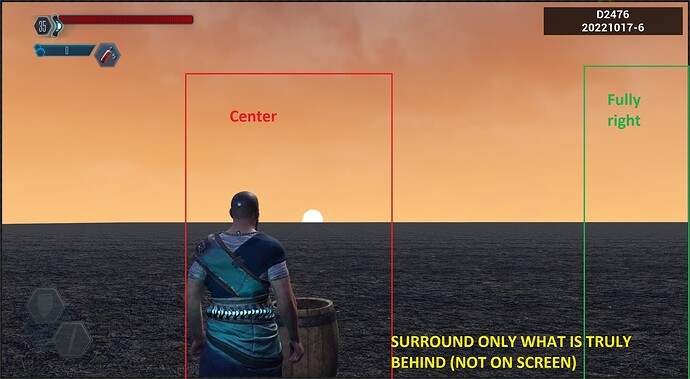 I’m afraid we’ll need some more information to destermine the cause of this issue.

What are the settings of the event, and of its spatializer effect? A screenshot of the event’s master track deck would reveal a lot of potentially-relevant information.

Are you using a commercially-available game engine, and if so, which one?

What surround speaker mode are you using, and does it match your physical speakers?

The listener is really on camera, no panning is dependant on character or any attenuation (as far as I can tell).

We use standard Unreal Units, where 1 uu = 1cm. Character’s height is 169 uu/cm. Here’s an ingame and in editor look at character and sound source (I don’t know if/how you can show sound sources in UE4 during play simulation.) 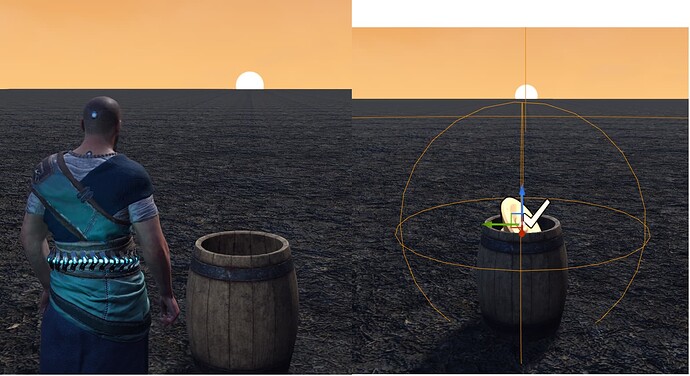 This testing event has default settings. We’ve got multiple sounds that have the same settings. And on events that have bigger sound size, the very quick panning is also very hearable.

We’ve got surround speaker mode set as 5.1 as is my listening setup. I have of course used headphones as a better reference when the sound is fully panned and I also checked in profiler to see levels of channels including surround ones. Second sound designer also confirmed it to me.

After some investigation and consultation with one of our Unreal integration developers, I think I’ve gotten to the bottom of this issue. Long story short: It’s working as intended, and there’s a way to get the behavior that you want.

Try adjusting the sound size and min extent properties of your event’s spatializer effect. These properties determine how your event’s signal is distributed across multiple speakers when panned; specifically, sound size is used to generate the extent (i.e.: how widely the signal is distributed across multiple speakers) based on the distance between the listener and the event instance, and min extent sets a minimum floor for the extent.

Are you using default UE listener settings, or have those settings been manually overwritten by the dev? Tell him to check if the “forward” and “up” vectors of the listener are in the correct direction. Cause there’s a still pending old bug where the sound is hard panned when it is coming from below or above the listener. In your exemple, the problem would occur if “forward” and “up” are mistakenly facing up and behind (respectively), as if the listener was lying on the ground facing the sky.