Making this post, as it seems like a lot of people have had issues with using Plastic SCM and FMOD, with various files not getting ignored correctly, such as the FMODStudioCache.asset. At least that is how it was for us.

Plastic’s ignore.conf file works differently to gitignore files, which I think is the place where most people have their issues from, since both FMOD and Unity only really have documentation for gitignore. There is a part about Unity Collaborate on FMOD’s documentation for source control, but it is outdated. Even the link to Unity’s own site is broken. The developers of Plastic have a definitive ignore file, but that doesn’t mention anything about FMOD. So are we just out of luck?

Plastic’s ignore.conf file cannot use square brackets for case sensitive file names. That means that this line from FMOD’s documentation will not work:

That goes for any and all files you’ve added in your ignore.conf file. For instance, if you just copied over a gitignore file’s contents to the ignore.conf file, you might have files that Unity generate that look like this:

However, as described in the definitive Plastic ignore.conf docs, it should look like this:

I’ve even contacted Plastic support to confirm this, which they have, and they will be adding it as a feature request, thankfully. 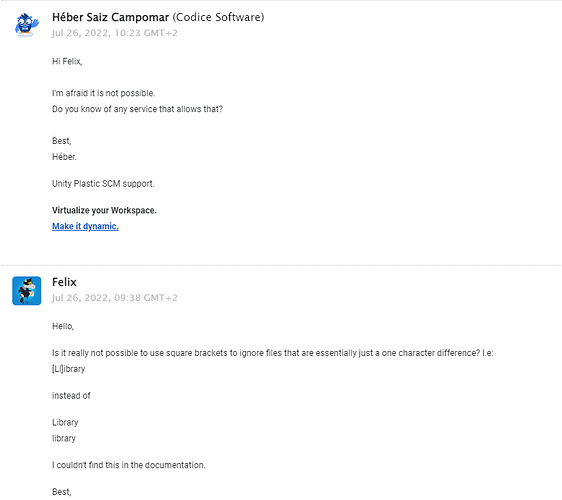 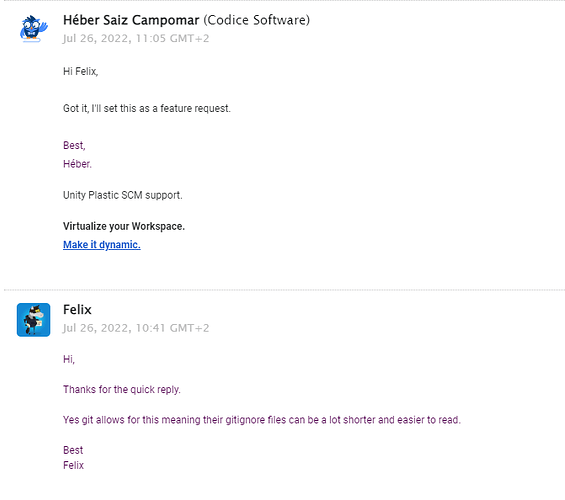 Also if you’ve had problems with the the studio project path not showing up for checkin, and therfore it not showing up for your colleagues, here’s the issue. The definitive ignore.conf file docs has the Build file as part of it, but without a slash in front.

This was probably made to not add things like Unity builds to the repo, but it causes the FMOD build folder (which holds the studio banks) to be ignored.

Adding a / in front like seen below will make it work. It will still ignore builds placed in the root (although I can’t see the reason for why someone would do that) but it won’t ignore the FMOD build folder. This will allow you to have StreamingAssets, and won’t have to push around banks separately. 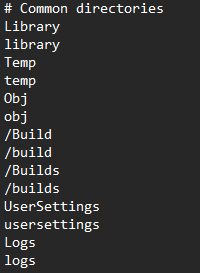 I really hope this post will help others in the future, and that Firelight will update the docs to support this too. I will even link this post to Plastic so they also have it as a reference for the future.

Thanks for this information, FelixSharar!