I just importet the Unity package of Fmod and now my unity is loading anything every 5 seconds. It happens in the editor and also in playmode. I’m not sure but i think it has something to do with refreshing of any banks or something?

The loading circle of my mouse is kind of “flickering” and it looks the same as if i press “Fmod/Refresh Banks”… The “Strings Bank Write Time” in “FMODStudioCacke” gets also refrehsed during the lag.

In the profiler while playing i can see that “Audio (WASAPI) Feeder T…” is doing something which causes the lag. (See Image) 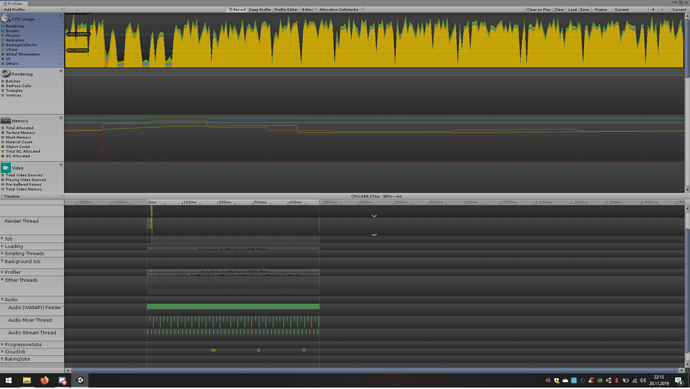 Does anybody know what possibly causes this problem and how to solve it?

Thank you very much.

I have the same issue

I just tested it and it works fine now.
The new version 2.00.0.6 seams to cause this problem.

We’ve been encountering the same problem on 2.00.06. It looks like it’s reimporting the banks every 5 seconds:

Reverting EventManager.cs to its state in 2.00.05 fixes the lag.

We had the same issue here as well. I imported Fmod 2.00.06 into a completely empty project, ran the empty game and the banks were being loaded every five seconds causing a lag.

As suggested here, we replaced the EventManager.cs with the one from version 2.00.05 and it fixes the visible lag.

Thanks everyone for the information, I have found the cause of this lag (importing assets to check the labels) and will get the fix out in the next release. 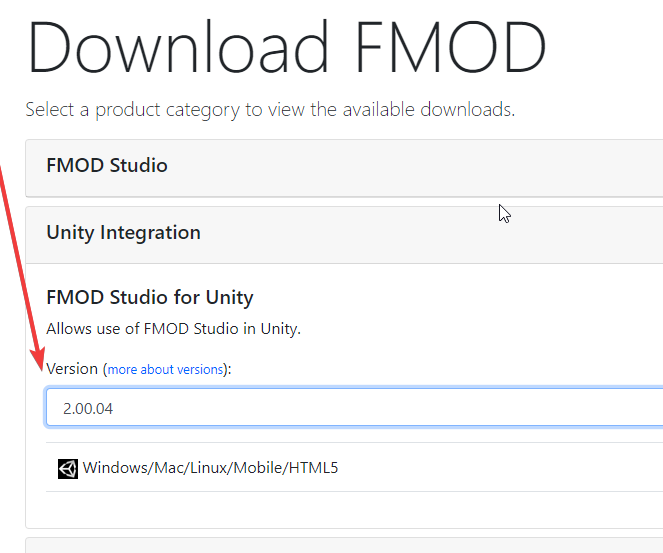 I was having the same problem today. Really frustrating and delayed a whole days work trying to find the source. Can someone link the code to 2.00.05? Thanks. Or am I better off re-installing 2.00.05 version and relative it’s Unity Plug-in?

It is probably best to keep the whole plugin on the same version, you can roll back the same way you update: https://www.fmod.com/resources/documentation-unity?version=2.0&page=user-guide.html#updatingupgrading-the-integration

Getting this bug as well. Is there any confirmation of a fix coming for .00.007 and the ETA on that?

This fix will be in the 2.00.07 release, you can also find it on our github repo if you would like it earlier.

This is a pretty bad bug. You should probably revert the default download to 2.00.05 until there is a release with a fix. I just wasted two hours trying to debug this until I happened to find this thread.

Come on, update this. I also spent a lot of time trying to fix it.

ha was literally going to post this after banging my head against a wall for the last hour, problem is one of the older builds won’t work on osx, i’m on both platforms. hopefully 2.00.05 has the fix for osx if not should be an easy fix… maybe.

Ran into this the hard way, it ruined a demo I was giving, tho I found someone talking about on the Unity forums thankfully to confirm it is caused by Fmod. This is a showstopper bug for any Unity project, so you really should remove it from your download list on the Fmod website.

And thanks for pointing us to the Github!

I hate to resurrect this old topic, but we’re seeing this happen when updating from FMOD 2.00.05 to 2.00.15. Commenting out the suggested lines solves the issue, but if there’s a more official solution, we’d rather implement that.