I tried both ways - as audio table sound and from disk - and both are mono.

I am not posting any code - because I am using this example one to one: https://fmod.com/resources/documentation-unity?version=2.0&page=examples-programmer-sounds.html

Here is my FMOD setup: 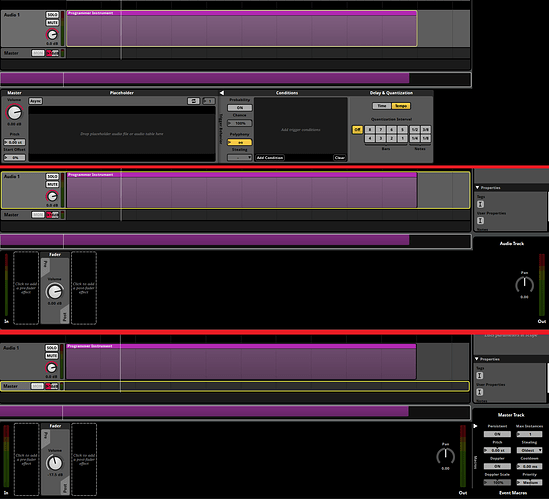 Why the sound is in mono?

Is there any update on this? There seems to be no way to play Programmer Sounds in stereo.

It looks like your ‘Audio 1’ channel strip is mono. The event might be stereo but that’s only upmixing from a mono source

Yes, you are right! Thank you!

What a stupid mistake on my side…

How did you see that the channel was in mono?

By looking at the four level meters.

The first one, the middle leftish of the screenshot, shows only one channel, while the three others show two channels.

It’s also a mistake I’ve made myself, so the number of channels normally stands out to me.

Lovely, thanks so much!