I have been running into a Virtual and Active voice count issue for a couple months, and seemed to have found something that triggers it. Wondering if anyone else has run into this issue, and have any insight into how to avoid it.

The issue is the Pitch wheel in the bottom left of the Scatter Tool. When it is at 0 or above it seems to be fine, but when it is negative the Profiler gives unlimited voice count build up for both virtual and active voices. Still need to do some more testing, but this eventually creates a situation where no sounds can play, even those at “higher” or “highest” priority.

Here’s an images that show the Profiler as I played a demo room with nothing in it except a couple idle enemies and this atmospheric sound event. The first shows Profile Run shows with the Pitch set to -16 and you can see the voice count never stops going up.

The second shows when Pitch was set to positive +16, and the voice count stays relatively low 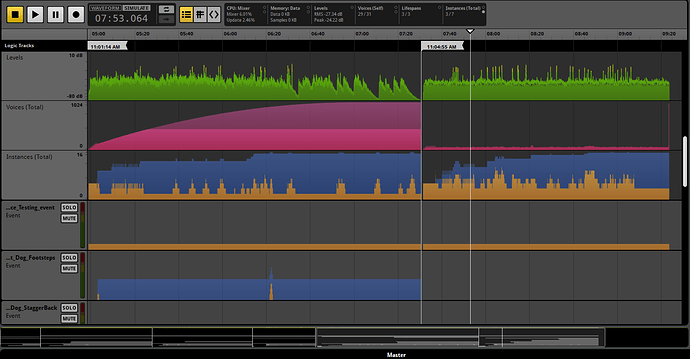 I’m going to do some additional testing. Here’s a link of a video screen capture showing the profiler. 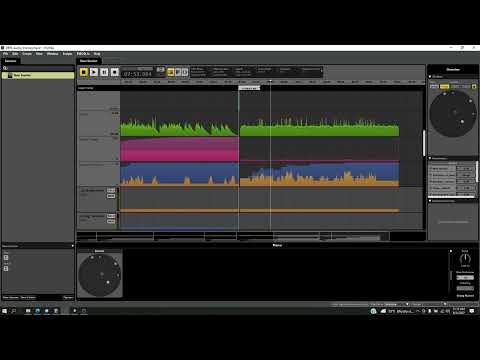 Thanks for any thoughts or help!

Another vid I put together just to see what the heck is going on for myself and the programmer for the game. Maybe there’s something simple I’m missing… That would be great! But this shows the situation live and entirely in FMOD, utilizing the Event Editor to play the Scatter Instrument and the Profiler to check our voice count. The negative pitch seems to overload the buffer, while positive seems to work “correctly.” In this case “correctly” means it appears that the audio events cut off when they are supposed to, like when each is done playing. 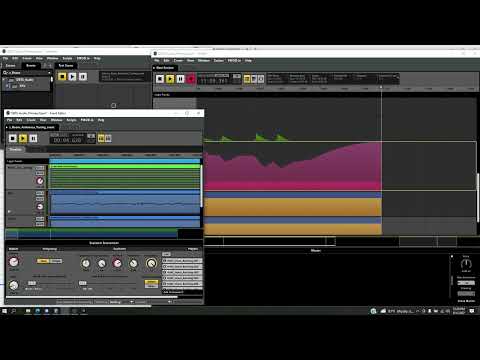 This was a known bug and it has been fixed in FMOD Studio version 2.02.05. If you upgrade your Studio version to 2.02.05 or later the bug will be fixed.

Thank you for the response Connor. I’m going to test things out today and report back. If this is the case that would be wonderful! Need to check with FMOD Studio and FMOD Unity Integration.