I’m working on a project with unreal engine 5 and FMOD. I have a lot of Snapshots in there, because I have to build different kinds of soundscapes in different areas. For thise case I have a lot of inner spaces in different areas where I use snapshots for the room acoustic, but while some snapshots are still working and doing their room acoustic, other snapshots seem to be lost. I have tested my project with the profiler and I saw that these snapshots are not even recognized. The Reverbs are build in the audio volume but the profiler doesn’t show the snapshot while the snapshot from the outdoor area is still shown.
Is this kind of problem known to somebody ?

Is it always the same snapshots that aren’t being triggered or is it random?

It is always the same. I have 15 or 20 audio volumes, more of the half of them are still working but the rest of them do nothing. The weird thing about it is that the not-working snapshots are that snapshots I placed earlier, while the later-placed are still working.

If you are finding that snapshots placed earlier are not playing then it’s possible their voices have been stolen. Do any of these event instances have a Max Instances count or Stealing values set in the Snapshot Macros? e.g 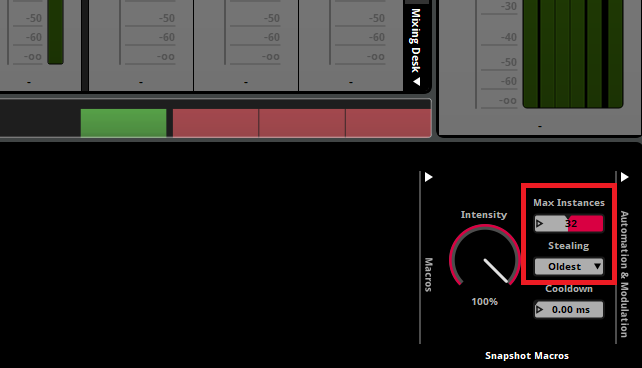 That’s right but it makes no difference. I had this problem before I limited the max instances to solve it, but with or without max instances it is the same.

Even if I build the audio volume, the snapshot or the reverb effect new, everytime the snapshot is deactivated. I dont know where the problem is, in Unreal Engine 5 or in FMOD.

I have not found any issues by setting lots of snapshots. How are you triggering these snapshots? Are you just using Box Triggers and the Level Blueprint with On Actover Begin Overlap nodes calling Play Event 2D or do you have some other setup?
Can you please set your Logging Level to “LEVEL LOG” and share the log you get when going through some of these failing audio volumes?

I don’t use any overlap nodes, only audio volumes with integrated Reverbs from FMOD how I have seen it in the most tutorials and it also worked in the other snapshots. The audio Volumes work automatically. Strange is that one of the snapshots worked for few minutes after I deleted a doubled version of it but then it disappered again.
I changed my logging level to Level Log but I have nothing to share. In the output log I see only errors from actors in my project but nothing with sound objects. Or did I misunderstood something?

Thank you for confirming, I still can’t reproduce this issue with Audio Volumes. Are these all overriding or are there blending snapshots in there as well?
I think I am going to need a reproduction to investigate this further, would it be possible for you to uplaod a basic reproduction to your FMOD Profile?

These are all overriding snapshots. What do you mean with a basic reproduction? A screen recording or something?

By reproduction I mean a stripped down version of your project. Just a UE5 project with everything removed except your Config, Content/FMOD and Plugins/FMOD directories, any blueprints you need and a level setup to reproduce the issue of snapshots not firing after a while.

Your registered project just needs to be approved before you can upload anything. Feel free to message me directly with a download link instead.

I hope the direct message has arrived. It is very strange that some of the not working snapshots are going on and off sometimes. Suddenly they work and suddenly again they work not.

Thank you for sending that over. Which snapshots are the ones that are occasionally not working? It is difficult to tell if any of them are misbehaving as I am unfamiliar with what they should be sounding like. Are they all supposed to be highly saturated reverbs or are there more subtle ones in there also? 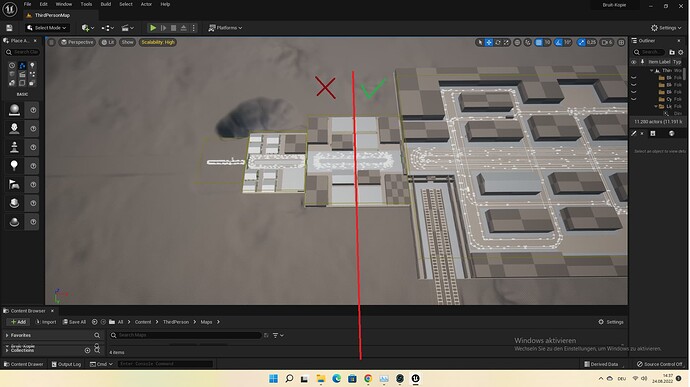 The not-working snapshots are all in houses in the front area, left side on the picture. Only the houses, the audio volumes of the whole areas are working and only before the line on the picture. Behind the line on the rhight side, all snapshots are working and they have much stronger reverbs than the audio volumes in the front area which have light and low saturated reverb effects. The idea was to have increasingly stronger reverbs in the rooms from the little to the biggest area.

Okay I think I can hear what the problem is now. This is because you have “nested” audio volumes (as in audio volumes inside of other audio volumes) and the Reverb Effects played in some of these nested audio volumes are incompatible with eachother. In this first area on the right for example, I have found if I move AudioVolume16, such that Wirsthaus Kleinstadt Volume is no longer contained within AudioVolume16, Wirsthaus Kleinstadt Volume will now trigger correctly. This appears to be because the Kleinstadt_EXT snapshot contained within AudioVolume16 has mix settings that are incompatible with the Wirsthaus_Kleinstadt_INT snapshot on Wirsthaus Kleinstadt Volume.
I would need to see your FMOD Studio project to know for certain what the root of the issue is- but it seems to me that one of these snapshots is a Blending Snapshot and not an Overriding Snapshot, can you please confirm if this is the case in your FMOD Studio project?
In any case, a workaround for now would be to ensure that all Audio Volumes, or at least any Audio Volumes that don’t seem to be working, are not nested within any other Audio Volumes.

I transmitted the download link for the FMOD-Project to you. I can assure that all Snapshots are overriding Snapshots. The question is now, how can I make them work even if they are nested into each other? After all the nested snapshots on the right side of the line are working and some snapshots on the left side work again after a time before they stop again. I need the snapshots of the whole areas to supress the sounds from the other areas and to affect the sounds from the rooms then I stand outside, so I have no other option than nest them.
Do you have moved them ,on the field’’ or in the outliner? 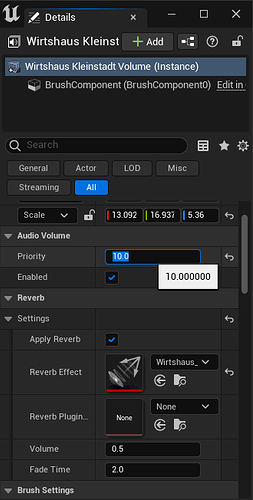 I have tested this with your project and this is allowing nested Audio Volumes to fire.