Trying to play event... but event description is not valid

Hi i have recently run into a number of errors after moving my root assets folder to a new directory (for organisational purposes) and now i cannot hear any audio.

I have ensured the root path in preferences is updated, and thats further confirmed by viewing missing files in the assets browser of which there are none, so i know it updated correctly.

I have rebuilt the banks folder (F7) and also run the fix references wizard from within unity to update any loose events that cant be found, but the wizard finds no errors.

The issue is, whenever i make a build now i have a huge amount of errors in the dev console, with detail for example: Trying to play event ‘{b971f0da-fcc4-4cb8-9ca0-facaa6cc8be4}’, but event description is not valid

If i open the FMOD browser within Unity i can see the event has the correct GUID but i can’t play it. If i press the FMOD button however it does open the correct event in FMOD and it does play fine. I really can’t figure out what the issue is.

I have attached the player.log for anyone that cares to look over it. There are lots of errors in it but when i run the project in the editor, i hear audio just fine, the issues only come into play when making a build.

Any help much appreciated. 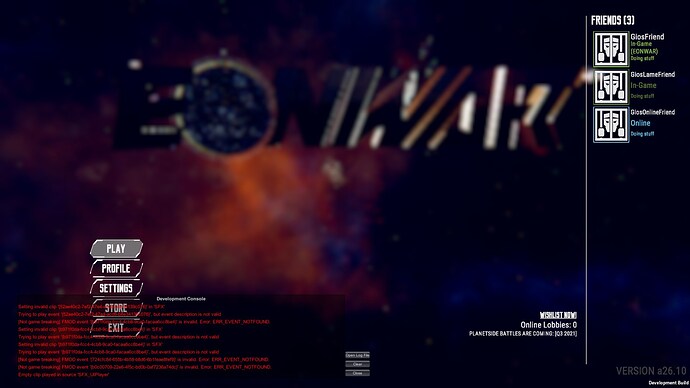 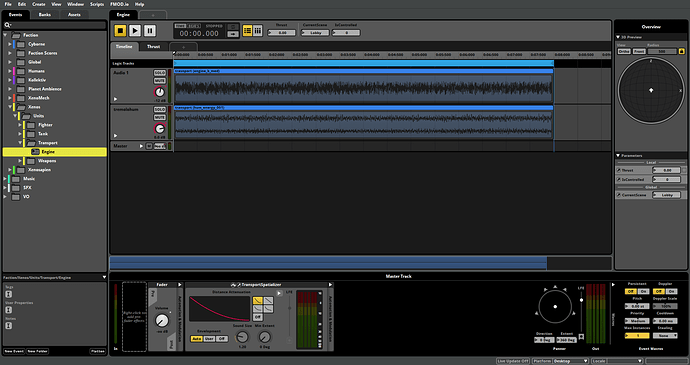 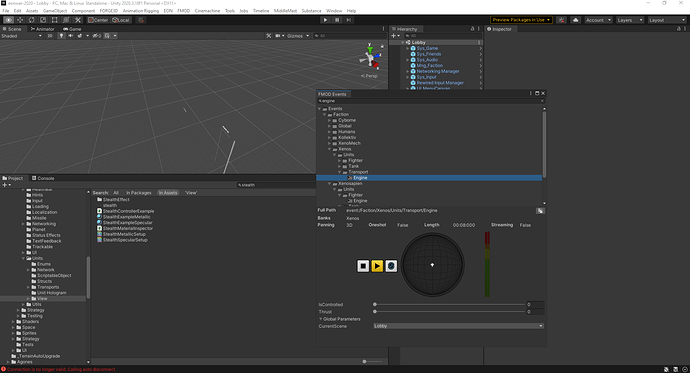 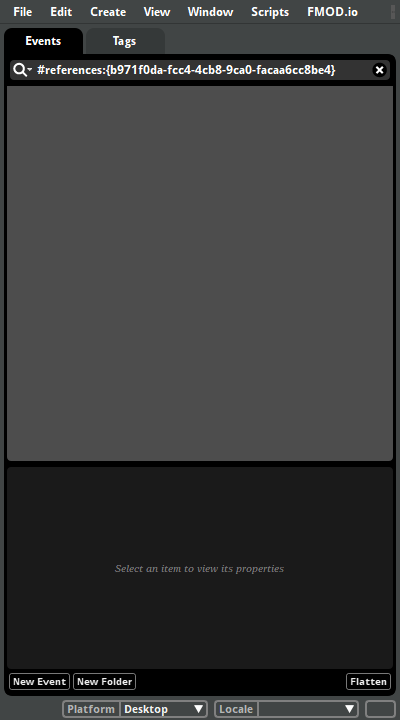 Oddly as u can see in this last image, fmod cannot find any references to the event? How can i hook them all up again if the wizard didn’t manage to do so?

Thanks in advanced.
Mario

Events are not being found when creating builds but work fine in Unity editor
Inkfish September 15, 2022, 7:34am 2

It would be helpful to know what this means, what a handle is? I wonder if all these issues have occurred due to our .gitignore not syncing the .cache folders which may contain references to the new filepath for assets when i changed it?

What version of FMOD Studio and Unity FMOD Integration are you using?

FMOD Error result explanations can be found under Core API Reference | Common. An ERR_INVALID_HANDLE is thrown when an invalid object is used e.g. an invalid Event Instance being called to play a sound.

Our project is quite old and we wouldn’t be able to update the unity version for fear of impending errors.

We didn’t have these errors in the past, but we were using an older version of FMOD Studio. I updated it as i wanted the newer features.

A solution may be updating the Event references. This is a function found under the FMOD option in the Unity toolbar. 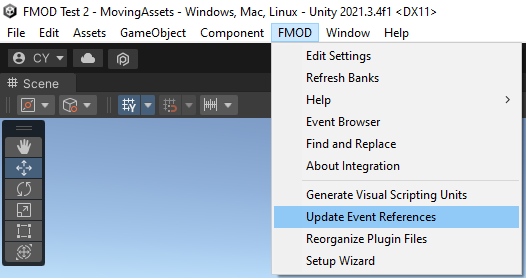 The weird thing is that it only occurs when making a build. If i run in the editor it’s fine. I can even use the FMOD event browser within Unity to preview events and open them up in FMOD Studio without issue?

To give some more background to the issue, if it helps:

I was working overseas for 3 months only to return to UK this week. I have also been working on the audio of my game project while abroad. However the filepath for audio assets on my workstation here in the UK differed to the one on my laptop (which i was using overseas). In UK my sound assets are found on my S: but my laptop only has 2 drives so i had to amend the path to D: so FMOD could find things.

I did set the correct path in FMOD preferences, rebuilt the banks (F7), and updated event refs using the tool you describe above to make things work correctly while overseas, and i had no issues… until i created a build that is and then all the missing event descriptions happened as per my image above.

We do use Git and have a separate repo for game audio that i have been using in UK and overseas to push changes. I think this is the issue, because perhaps when i pushed changes it also pushed the filepath for assets to be found on D:

I have tried to get back to a working state but nothing seems to work for me. Any help appreciated.

Another update: i just tried to roll back to before i went overseas and everything was working fine via git, but same thing is happening.

I even deleted all the .directories including the .cache to force FMOD to rebuild them (which it did) but same errors occur, though i can still play events from the evnt browser and run the game in Unity with audio just fine 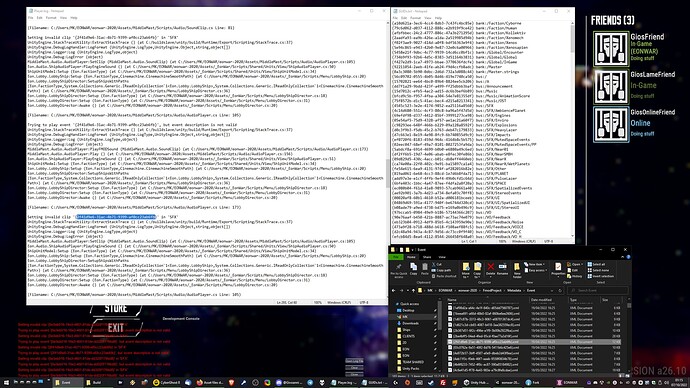 In the screenshot above you can see my Development Build title screen in the background throwing up errors.
GUID 2f41d9e6-31ac-4b71-9399-af0cc23ab6fb is missing (according to console), and if i try to Find the GUID in the exported GUID.txt from FMOD event window > File > export GUIDs, it cannot find it. However the GUID IS found in ProjectRoot\FmodProject\Metadata\Event directory as shown in image. Something is definitely odd here.

Linking into this case: Events are not being found when creating builds but work fine in Unity editor